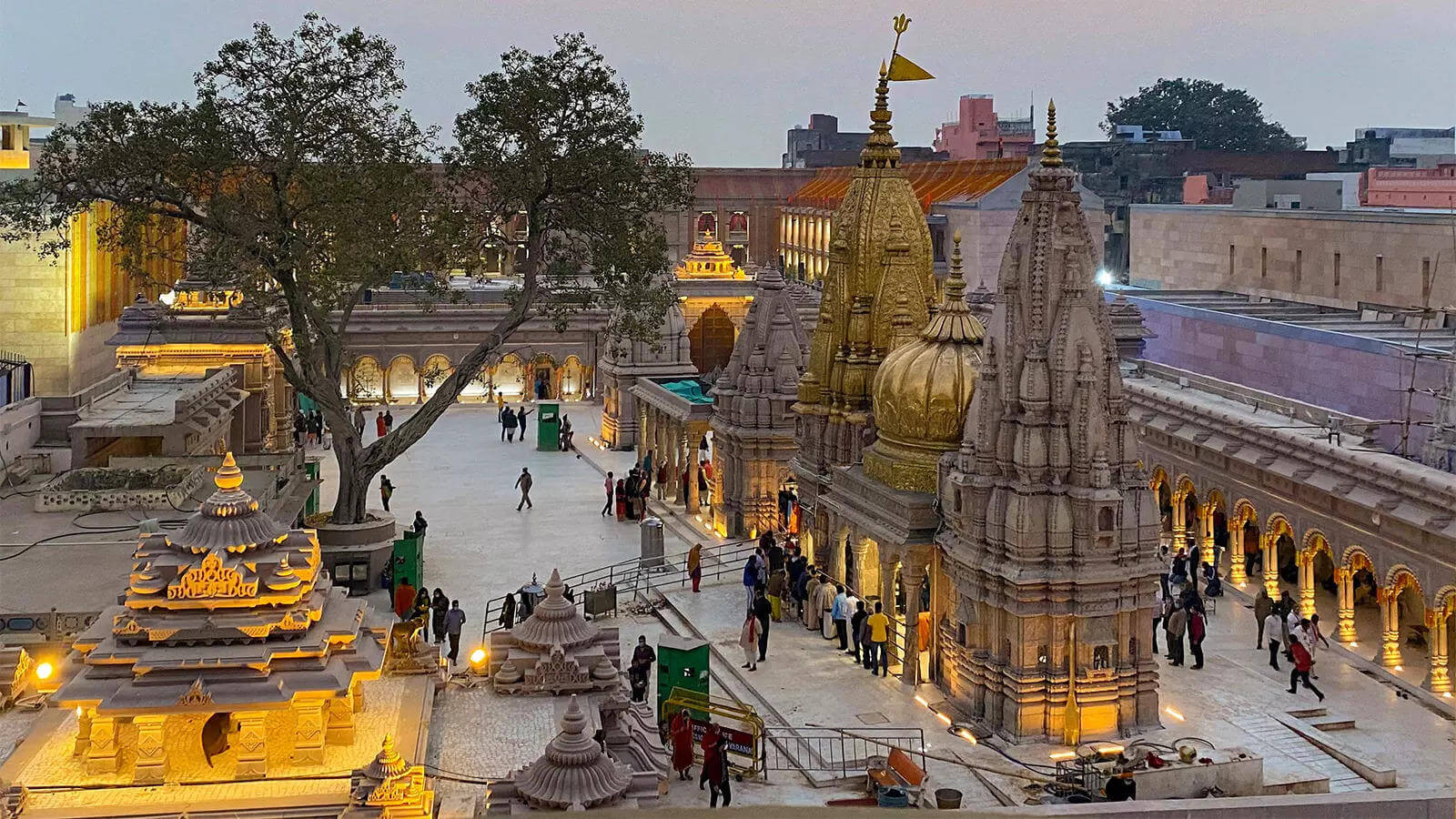 The great Hindu city of Varanasi, also known as Banaras or Benares, stretches along the River Ganges, its waterfront dominated by long flights of stone ghats where thousands of pilgrims and residents come for their daily ritual ablutions. Known to the devout as Kashi, the Luminous – the City of Light, founded by Shiva – Varanasi is one of the oldest living cities in the world. It has maintained its religious life since the sixth century BC in one continuous tradition, in part by remaining outside the mainstream of political activity and historical development of the Subcontinent, and stands at the centre of the Hindu universe, the focus of a religious geography that reaches from the Himalayan cave of Amarnath in Kashmir to India’s southern tip at Kanyakumari, Puri to the east, and Dwarka to the west. Located next to a ford on an ancient trade route, Varanasi is among the holiest of all tirthas – “crossing places”, that allow the devotee access to the divine and enable gods and goddesses to come down to earth. It has attracted pilgrims, seekers, sannyasins and students of the Vedas throughout its history, including sages such as Buddha, Mahavira (founder of the Jain faith) and the great Hindu reformer Shankara.

Arrive at Varanasi Railway Station/ Airport and upon arrival transfer to the hotel. In the evening enjoy in local market. Later return back to hotel.
Overnight stay in Varanasi

Next morning, we depart for the most important attraction of Varanasi; the Kashi Vishwanath temple. This lord Shiva shrine is one among the 12 Shiva Jyotirlingams and is flocked by thousands of devotees each day. After Darshan at the temple, we return to the hotel for breakfast and later during the dayvisit New Vishwanath Temple, Durga temple. Visit some of the most famous Ghats of Varanasi such as Assi Ghat, Manikarnika Ghat, Kedar Ghat, Hanuman Ghat, Dasaswamedh Ghat. A visit to these Ghats will let you catch sight of devotees taking their dips in the holy Ganges or chanting mantras during the various religious rituals held at the Ghats of Varanasi. In the evening we will partake in the Ganga Aarti at Dasaswamedh Ghat and then return to hotel for dinner and night stay.

After breakfast check out from the hotel and transfer to the Airport/ Railway station. Drop at the station/ airport for your onward journey.